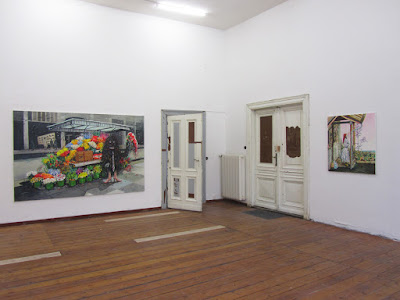 Opening reception: Friday, September 16, 2016, 6 pm
September 17–October 15, 2016
Press release: Moritz Schleime paints our world as a universe of antagonisms, in which loud and noisy tones are always close to subtle emotions and tender feelings of joy. In his pictures, inflammatory and explosive power, social criticism and dreamlike absurdities can be found as well as romance, hope, ecstatic conditions, self-destructive aggression and abyssal disillusions – often combined with a large amount of black humour.
The artist presents his latest works under the title „The Virgin Suicides“. Ignorance, unfeelingness, tristesse and a lack of perspective mean not only the downfall for the protagonists in Jeffrey Eugenides’ novel of the same name, but have always been those abysses, in which the figures of Moritz Schleime’s paintings are gazing into. Right there the vulnerability of our social fabric is to be found: in the lack of mutual responsibility and understanding.Thus, the personification of search for meaning and suppression seems to be lying on a car roof and to sober up in an idyllic setting of expressive colour. „Hangover, best friend“. How noisy can an empty beach be? Rebellion, exuberance and anti-culture have not left Moritz Schleime’s characters so far, but now they are joined by those with ties, pipes and hats. Conventionality, ladylikeness and business chic are confronting the beholder as well as Hollywood appearances and countryside idylls, leading him into a mask-like, shimmering world of adulthood, midway through glamorous individuality, feelings of safety, dropouts, forsakenness and melancholic loneliness.Thereby, sophisticated living rooms with designer furniture, romantic encounters on a forest glade and mysterious portraits remain always ambivalent and let our thoughts run free. Oscillating between civilisation and wildness, fragility and roughness, vitality and morbidity, it’s left to the onlooker to state his position on the perceived - along with his world view.
Moritz Schleime uses the pictorial language of different styles of art history and creates an own one out of them, that combines equally Surrealism, Expressionism, Dada and Realism. Close to the present age, he already gives us an idea of how the ambivalent sentiment of our era will be classified in the future: A chronicler of the chronically unstable. 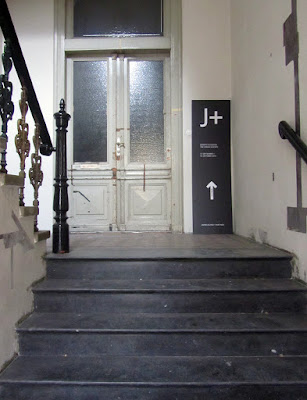 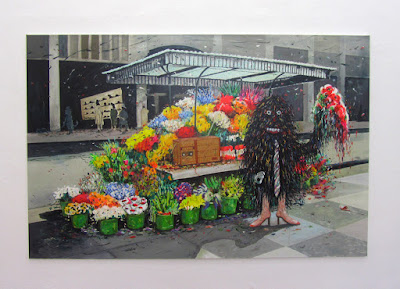 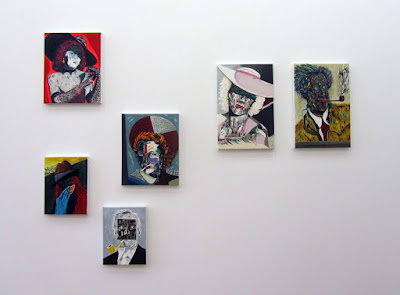 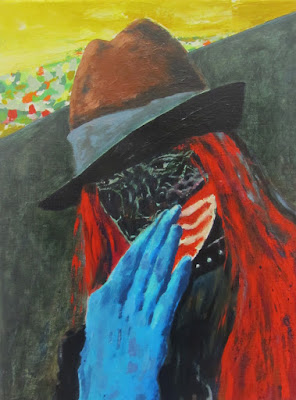 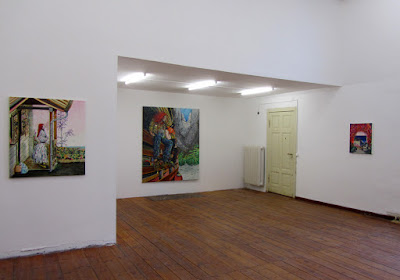 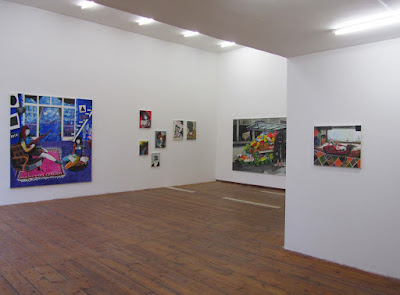 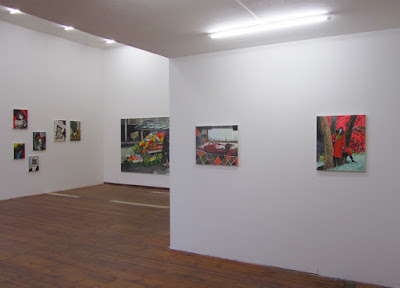 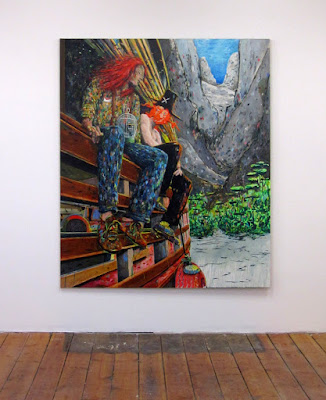 Jarmuschek + Partner
Posted by Chris Dennis at 9:34 AM