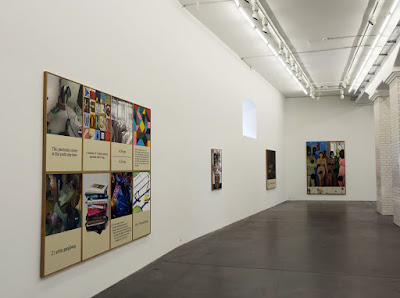 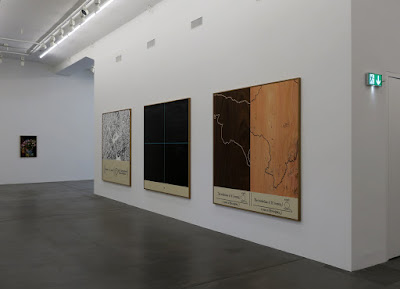 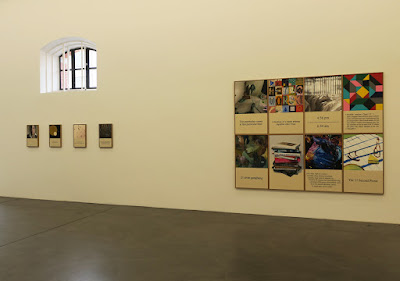 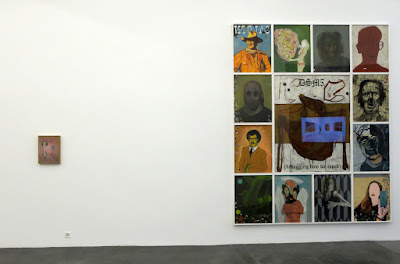 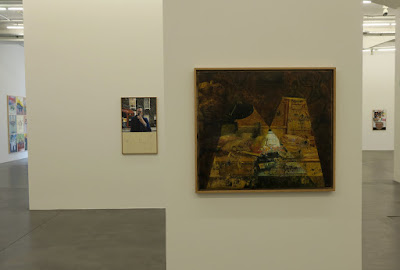 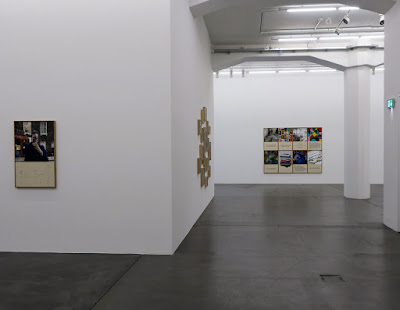 Opening: Thursday 15 March 2018, 6 – 8 pm
Hauser & Wirth Zürich is delighted to present a solo exhibition of recent paintings by Turner Prize winner Keith Tyson. Created between 2012 and 2018, the works on display explore the varied approaches towards painting Tyson employs, from conceptual to mythological to formalist and beyond, and how these methodologies are united in the final result of paint on a canvas. The exhibition title ‘BIG DATA’ references Tyson’s ongoing interest in interconnectivity, universal experiences and the effect of computing and data consumption on himself and society as a whole over the past several decades.
Since 1975, computers, coding and data have been an inextricable element of Tyson’s life. From taking apart a motherboard as a teenager to ‘Artmachine’, a computer Tyson built at the very beginning of his artistic practice. An algorithm generated combinations of words and ideas, which Tyson then realised in a multitude of media. The laws of computer coding are mimicked in Tyson’s artworks through his take on a supposed rule in conceptual art; that there exists a parenthesis within which a conceptual artwork can be made.
In ‘The Things that Came to Pass’ (2014 – 2017), eight panels form a single piece in two elements: eight rules and eight related images painted above each rule. The rule ‘21 artist gangbang’, a reference to Internet pornography is also quite simply a citation of 21 artists’ iconic trademarks that meet in an orgy of pictorial consumption. Damien Hirst’s polka dots meet On Kawara’s date paintings meet Johannes Vermeer’s ‘Girl With a Pearl Earring.’ Another panel, ‘The 37 Second Picnic’ is a depiction of a picnic Tyson painted in exactly 37 seconds while ‘This particular corner at this particular time’ shows exactly that. The painting in its entirety represents the world Tyson lives in and sees, what is reflected back to him and what he experiences as part of a universal and creative network. This work illustrates that though Tyson’s practice is infused with mathematical and technological process, it can be viewed through a more playful and personal lens.
In a standalone panel work ‘Big Data’ (2017), the information in the bottom half of the canvas shows a space ranging from Unknown to Famous, and African to Eurasian with a and b marking a relatively famous Asian man and a relatively unknown African man respectively. Tyson found the portrait of the African man in a charity shop, replicated it and then painted the likeness of an Asian billionaire in the exact same style. The painting is everything within the frame, including the diagram and words even if our minds interpret them as text, since Tyson explores the relationship between rule and picture co-existing side by side. Also examined is the potential for an artwork to emerge through a unique process in the world – in this case, Tyson’s chance encounter with the painting in a charity shop – and the artist’s appropriation of found imagery.
Chance or unpredictable occurrences continue to inspire Tyson’s artworks, most vividly seen in ‘9 Oil Rigs (Any Style)’ (2017 – 2018), a painting made of nine individually framed canvases. The ‘any style’ comes from a menu in a New York café listing ‘2 Eggs (Any Style)’; the simple phrase merged with oil rigs in Tyson’s mind as he read the newspaper during breakfast. The sculptural form of an oil rig is portrayed in nine different colourful and intense styles. Given the oil industry is consistently under socio-political and economic interrogation, the oil rig can be viewed as a charged subject. However, the work also functions as a painting about the nature of painting itself. With the select medium of oil paint, Tyson brings together several components: a horizon line, the unabashed use of colour, the style in which each rig is painted, the effect of this approach and how the paint physically rests on the canvas. Tyson has grappled to remain free of a particular style or genre of painting throughout his career and remarked, ‘How do you paint the collision of forces that are going on all the time around you? How do you sum up that complexity and kind of wonder of the intricacy of things without deadening it to a single image?’
Tyson’s diverse sources of inspiration also encompass art history and can be witnessed in a number of his flower paintings. In the same way a florist would pick and combine blooms from different regions on a purely aesthetic basis, Tyson chooses assorted painting styles such as photo-realism, renaissance landscape and abstract expressionism, arranging them in an energetic composition. ‘Still Life with Rose Vase and Seashell’ (2015 – 2017) is an example where the riotous frenzy of colour and composition represent the complexity of life and phenomena. ‘Cyborg 2 (Roses)’ (2018) is a photo-realistic ‘cyborg’ combination of hand painted oil on aluminium after previous iterations were photographed and printed.
The most recent work in the exhibition is ‘The Time Machine’ (2018), a wall spanning painting presenting technological advancements from 1958 (an IBM mainframe computer) to 2018 (Google and Facebook server farms). To Tyson this is his version of a prehistoric cave painting, a record of the developments in technology since the mid 20th century and corresponding sociological happenings, from a peace sign in the 1970s to a Super Mario figure appearing in 1988. The two sides collide in a meeting of negative and positive depictions as Tyson records society, alluding to dependence on technology, the methods through which we are informed, and how we process information and a constant influx of imagery. Throughout the exhibition, Tyson’s genuine bewonderment at the infinity of possibility is reflected in his aesthetic and philosophical approach to our contemporary existence and recent history. 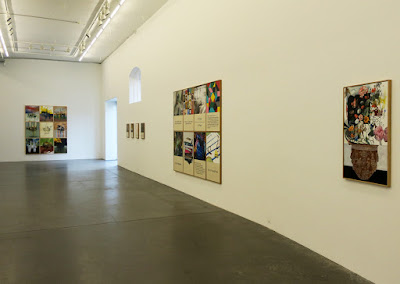 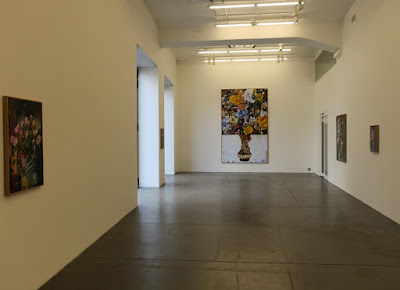