Back in Auckland, an interesting show opened at the University of Auckland's Gus Fisher Gallery this evening.
Paper-Jams: Artists Between the Covers is curated by Andrew Clifford and acknowledges the substantial history of text in art.
From the press release:
Paper-jams looks sideways from that legacy to foreground those artists who address the page itself as a compelling context, rather than focusing on the content of the words c...ontained within. These works challenge the materiality of the page and the creative potential of its limitations to break through the conventional ways we absorb and present information. Influenced by the collages and cut-ups of cubism, dada, fluxus and pop, they explore paper as a rich surface to scrutinise or excavate.
Similarly, publications become objects with their own history, value and meaning, and a site not only of linguistic dexterity but also physical construction and craft. Their printing, distribution or design is revealed to have political implications, which artists amplify through processes of obliteration that puts pressure on supporting structures. This has impacted on the worlds of art, literature and music, where established methods for communicating ideas have been torn up to allow a more graphic or conceptual approach.
Now, in an age of online information and electronic tablets, where ‘anything’ is possible, the threatened extinction of the conventional book brings renewed poignance to the physical systems that have supported publishing since the invention of the codex and the printing press. 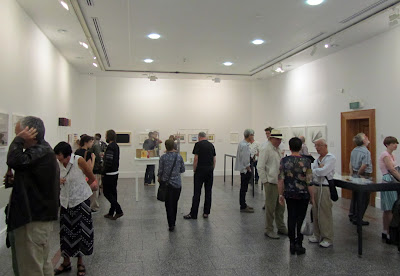