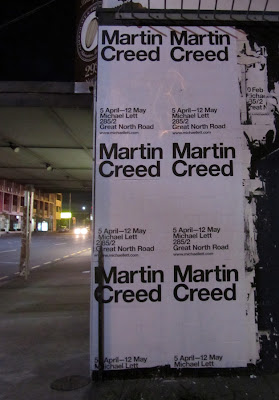 From the Press Release:

Michael Lett is pleased to present an exhibition of recent work by British artist Martin Creed. Creed’s varied artistic practice includes performance, sculpture, writing and painting. This exhibition, his second at the gallery, brings together a typically playful collection of recent work in a range of media. Creed’s interventions range from simple mark-making to immense installations and public performances, exploring scale and structure, and humorously transforming the obvious and everyday. A series of recent paintings record a process determined by Creed’s choice of materials and tools, combined with his use of simple rules. The resulting forms reveal the joy in decisionmaking in a world of ever-increasing complication. The exhibition will include both paintings on canvas and large scale wall paintings.Creed’s fascination with process also extends to the body. Human experience has been explored in works that record in/out, up/down etc. in the form of penetration, vomiting, defecating, and in the case of Work No. 1071, a silent black and white film included in the exhibition, a woman’s nipple slowly becoming erect. Other works will include a large photograph (Work No. 1096) of Orson and Sparky, the canine stars of a 2011 music video titled ‘Thinking/Not Thinking’. The video records the two dogs who are drastically different in scale, making their way across the screen at alternate intervals and timed to Creed’s backing vocals.Martin Creed was born in Wakefield, England in 1968. He won the Turner Prize in 2001 for Work No. 227: ‘The lights going on and off’. Recent exhibitions include; Martin Creed Plays Chicago, Museum of Contemporary Art Chicago, 2012; Artist Rooms: Martin Creed, Tate Liverpool, 2012; Mothers, Hauser & Wirth, London, 2011. Creed’s Work No. 1197: ‘All the bells in a country rung as quickly and as loudly as possible for three minutes’, will be performed throughout the UK at 8am on Friday 27 July to celebrate the first day of the 2012 London Olympics. 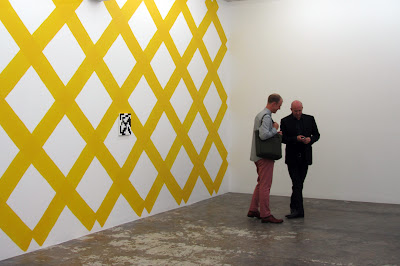 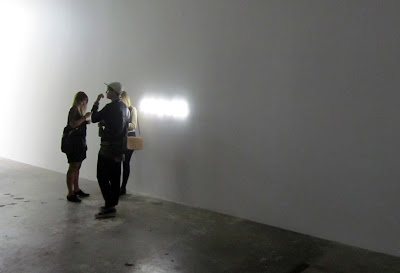 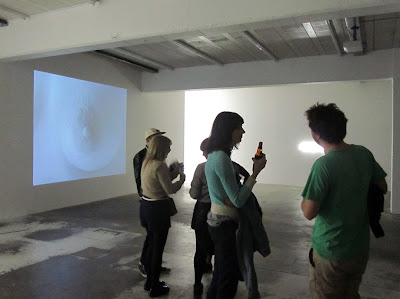 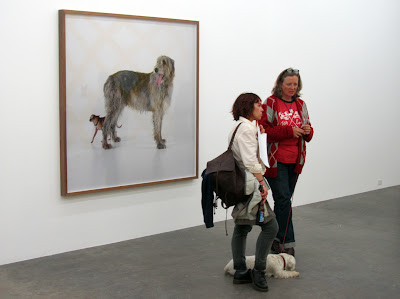