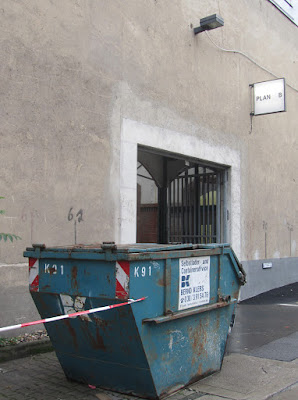 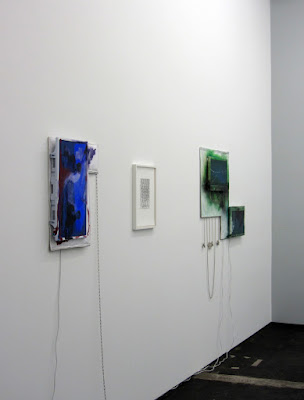 For those two circles
Where perceptions are mise en scène
Beginnings look like encore
One on the other, transparent and thin as layers
Real as one again/
Grey horizon for confused bro’
Drawing waves between eyes and mouth
Extended feelings emerge following
The cycle shadow leaves while responding
Cause God loves ironie
Les without ending dimensions
On the stage of your eyes
And as expected you show back/
Since the smell of variant scenarios
Genes proudly reappearing
By stunned links as those long and short chains
Then all visions count equally/
Now one is cropping the other
Making possibles greater
If you eat your tongue only
So by the european nights
Mixed moods are cutting the road
And a straight-line becomes fractal/
The new stuff for the news
Like rectangles making squares
Maybe for fifteen minutes or fifteen years
The tattooed faces will seem in advance
This is continued and so on 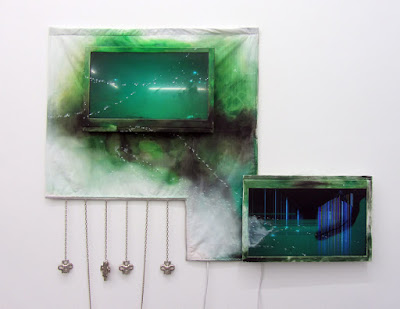 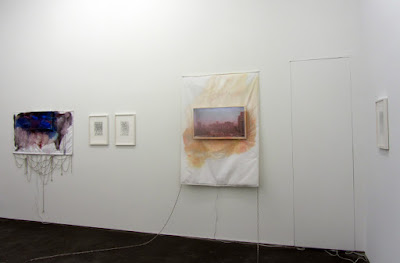 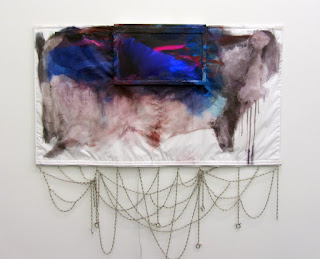 Galeria Plan B is pleased to announce the solo exhibition of Achraf Touloub, to open on Friday, the 16th of September 2016, in the framework of the Berlin Art Week. For CONT'D, the second solo exhibition with Plan B, Achraf Touloub (b. 1986 in Casablanca, lives and works in Paris) develops a show as a sensorial experience, in which various layers of ourreality merge into a loop.His drawings, sculptures and video works are based on the intuition that the conventional binary opposition between tradition and the modern mind is, in fact, amovement of convergence. September 16 – October 29, 2016. 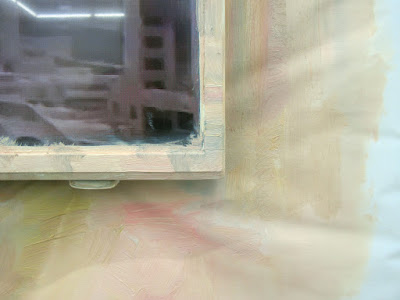 Galeria PLAN B
Posted by Chris Dennis at 8:52 AM