Even in the rain the cold grey rain it is good to be back in Berlin and in time to visit CFA before the space is donated to the city and will become a museum. http://artforum.com/news/id=63997 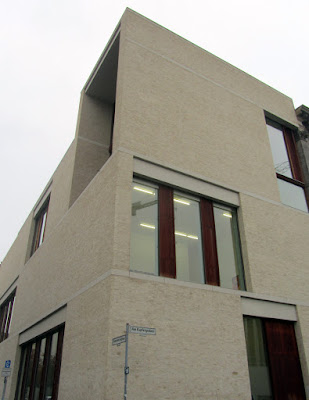 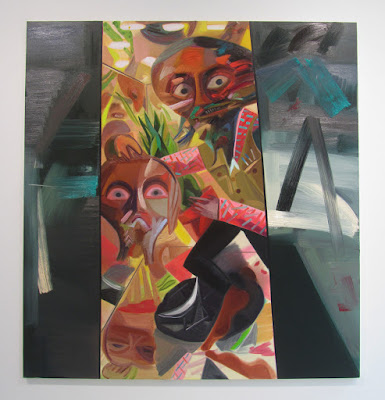 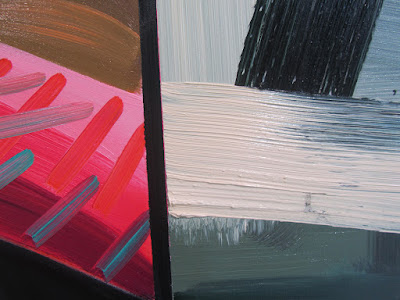 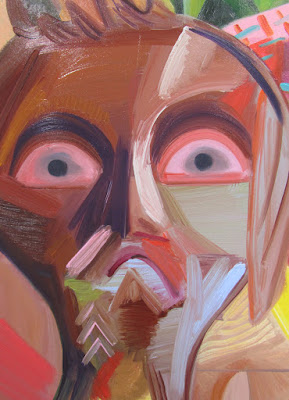 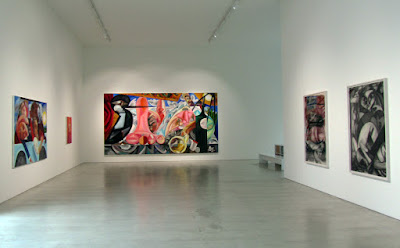 Press release: Contemporary Fine Arts is pleased to announce the exhibition Waiting for the Barbarians with new works by Dana Schutz (*1976 in Livonia, USA), the artist’s fifth solo presentation with the gallery.
The motifs of Dana Schutz’s earlier groups of works usually originated from her interest in absurd, imagined “what if” scenarios, where the figures follow the logic of their on invented meaning. For example, she imagined what would happen if gravity didn’t exist, and painted in Gravity Fanatic a man who glues his limbs to the floor. In the series Self-Eaters, the figures eat their own extremities and at the same time keep recreating themselves.
The subjects of her most recent paintings, however, increasingly reflect real events, since in her view the lines between fact and fiction have become increasingly blurred in American politics and culture.
Dana Schutz’s newest paintings act as containers for events – both mundane and horrific – where time is suspended, but perhaps also reconfigured and reordered. The beholder is confronted with a series of  violent scenes: a blonde reporter is shot live on camera, elevator doors sweep open to expose an office brawl mid-flood, ultimate pictorial compression is played out in the climax of a home birth, and somewhere far away atop a mountain, a round-headed boy is about to burst a soap bubble; in “Big Wave,” a girl appears to be drowning in a massive tidal wave but wears an expression of pleasant surprise, elsewhere, a woman slices into a severed leg with the upbeat curiosity of Harriet the spy.
In contrast to the series God Paintings of 2013, the new paintings are not serial. Rather, the unease and discomfort suggested by the title Waiting for the Barbarians – taken from J.M. Coetzee’s novel of the same name – is atmospherically present in all the paintings of the show. They are united by the anxiety before the not yet visible, bit approaching and possibly ominous unknown.
Schutz’s figures are frequently at odds with their physical environments and personal perimeters. Traditional relationships of scale and content are upended, as ginormous surfaces are used to depict everyday intimacies and commonplace settings are favored for horrific events. Schutz scales up a weekend hangover to rival a history painting, but also slips a ghostly beheading into a quotidian elevator ride. The paintings in Waiting for the Barbarians stare back at the viewer, however disfigured or dislocated, in the way paintings can and images cannot. The multi-figured nature of these compositions seems to encourage a complex range of expressions that is reflective of both the making of the painting and the timeline unfolding within the scene. Each figure seems to dwell in their own retelling of the event, while actively participating in the task at hand. In this way, Schutz is able to create complex scenarios where different narrative and painting speeds occur simultaneously. Here everything is touched or touching, as subjects fight for space, territory, attention, and time. Dana Schutz was born in 1976 in Livonia, Michigan. She has been the subject of museum exhibitions both nationally and internationally. A survey exhibition of her work will open at the Institute of Contemporary Art in Boston on July 26, 2017. Her solo museum shows include the Musée d’art contemporain de Montreal, Montreal; The Hepworth Wakefield, Yorkshire; kestnergesellschaft, Hannover; The Neuberger Museum, Purchase; Miami Art Museum, Miami; the Denver Art Museum and the Denver Museum of Contemporary Art, Denver; Douglas Hyde Gallery, Dublin, the Museo d’Arte Moderna e Contemporanea di Trento e Rovereto, Italy, The Rose Museum, Massachusetts, the Museum of Contemporary Art, Cleveland and the Nerman Museum of Contemporary Art, Kansas. Dana Schutz lives and works in Brooklyn, NY. 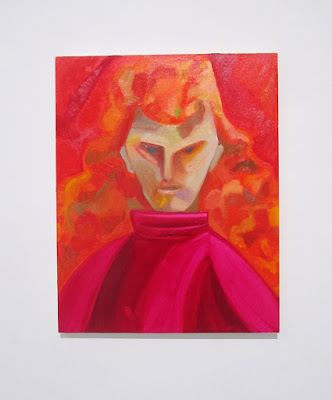 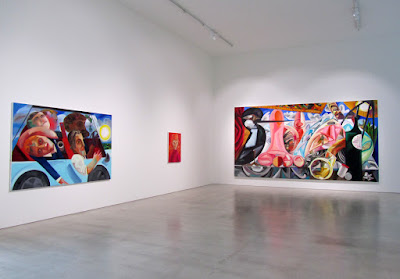 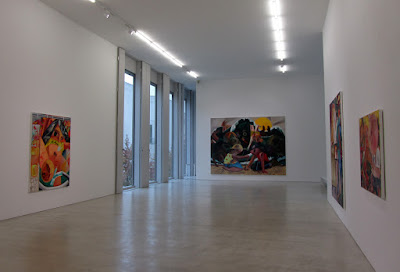 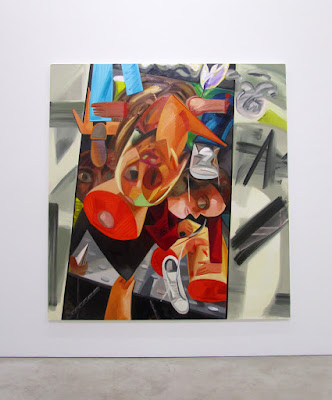 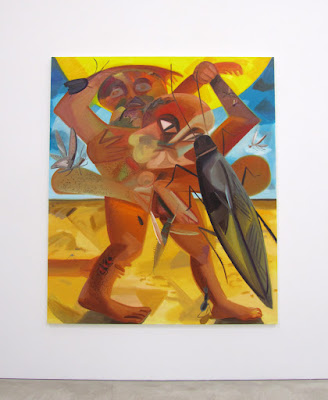 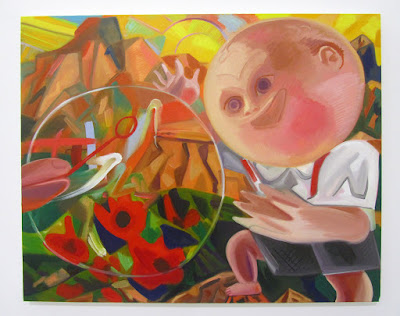 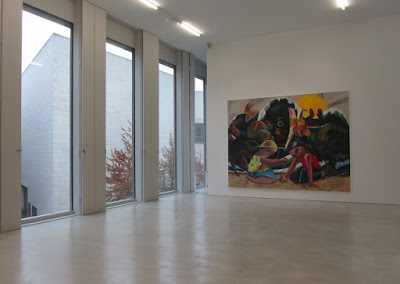 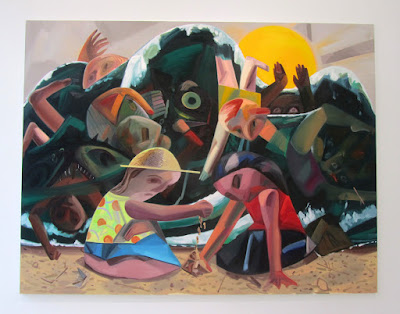 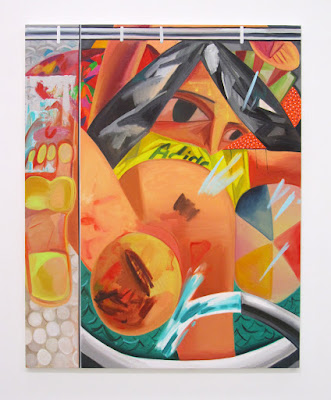 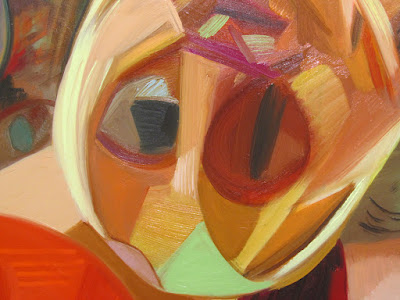 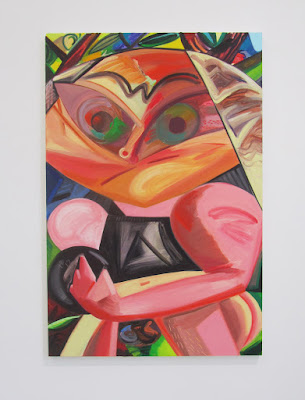 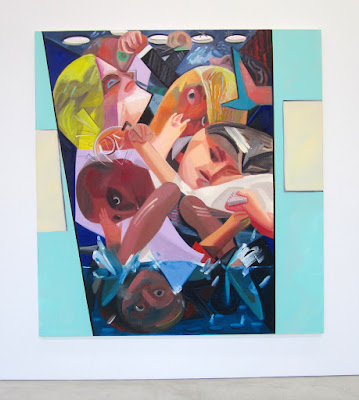 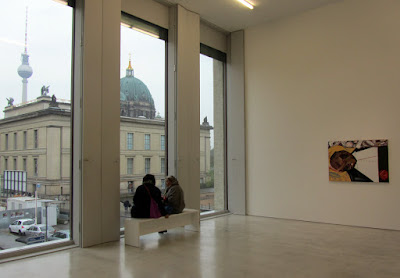