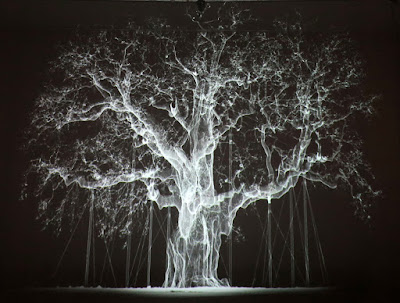 Press Release: Blain|Southern is delighted to present The Grinders Cease, an exhibition by Mat Collishaw, his first with the gallery in Berlin. The exhibition testifies to the depth and breadth of Collishaw’s practice, with new and recent works including installation, sculpture, photography and painting.

Collishaw is a key figure in an generation of contemporary British artists who came to prominence via the group show Freeze in 1988. He has never shied away from challenging subject matter, exploring ideas around death, destruction and decay. The artist is known for works that reference art history and create a contemporary dialogue with past masters.

The Grinders Cease reflects his preoccupation with the vanitas theme, used since the Renaissance as a way of reminding viewers of the impermanence of worldly pleasures.The exhibition title is borrowed from the King James Bible, Book of Ecclesiastes, from which the Vanitas derives. The exhibition opens with a new work from 2018, Columbine, which animates Albrecht Dürer’s watercolour study Columbine from 1526. This wild plant is a multifaceted example of the transience of life, both in that it blooms only briefly and because the plant itself is poisonous.
The exhibition continues through three separate light-locked spaces. In the first, Albion takes as its subject the Major Oak in Sherwood Forest, England. This centuries-old mythical tree has a hollow rotten trunk, and since the Victorian era its vast limbs have been supported by an elaborate system of scaffolding. Collishaw’s slowly rotating, almost life-size image of the oak is a ghost-like apparition generated by both cutting-edge laser scans and an antiquated technique of theatrical projection. Empty at its core, the image represents a living object which is trapped in perpetuity to present the illusion of life. The title also partly derives from
the idealised concept of an ancient England that probably never existed.

Last Meal on Death Row, Texas is a series of photographs of meals requested by actual prisoners prior to execution. Presented in the manner of Flemish still life paintings they are a memento mori, a reminder of the inevitability of death and the impermanence of life on earth. Another series, the Black Mirror works, have another effect on the viewer: capturing single figures whose forms have been subtly animated to move behind a surveillance mirror framed in elaborate black Murano glass, the works reflect the viewer’s image and thus draw a connection between the past and present. 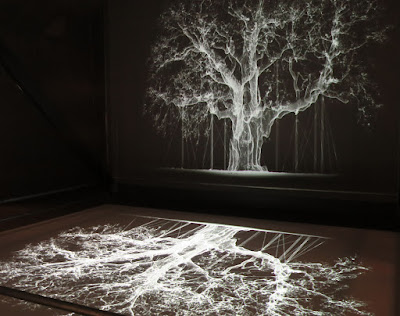 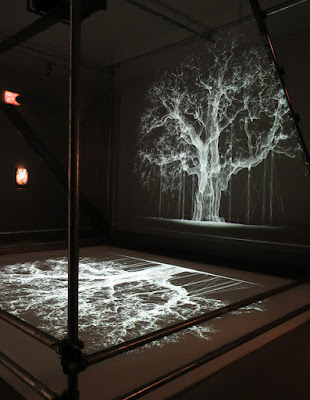 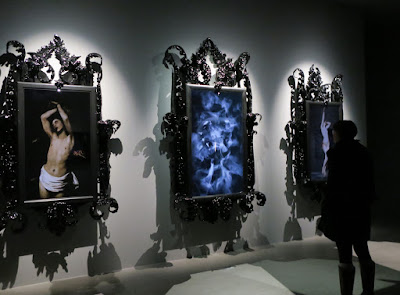 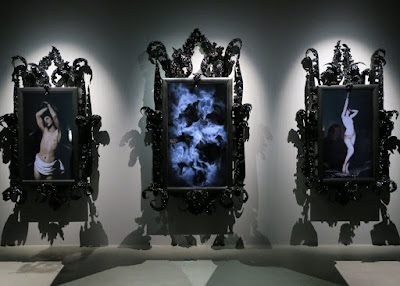 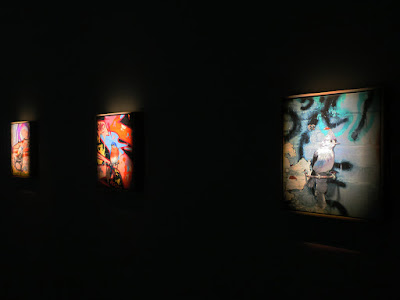 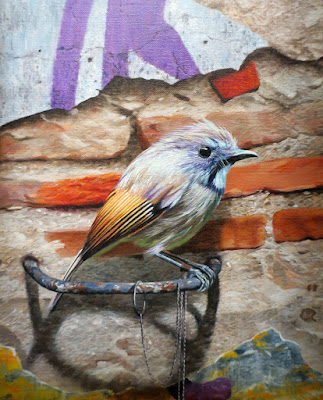 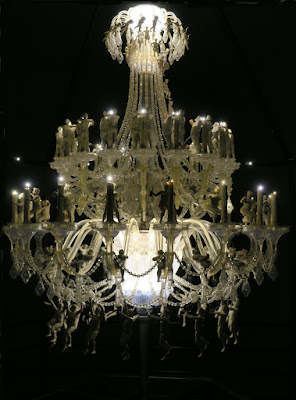 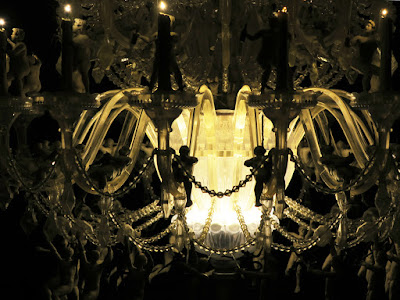 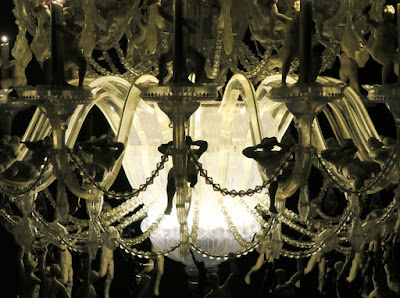 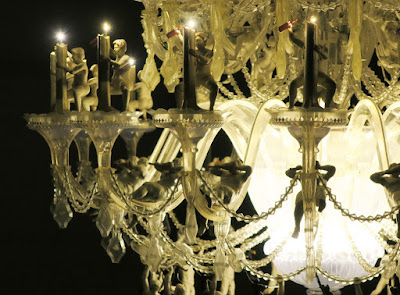 blain southern
Posted by Chris Dennis at 8:05 AM