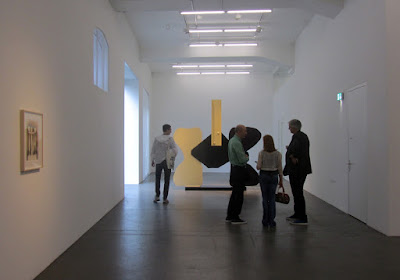 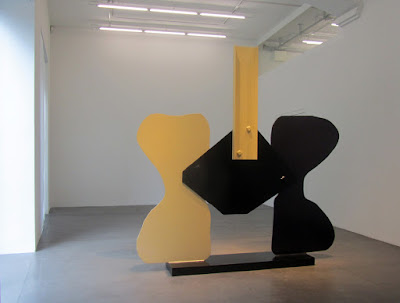 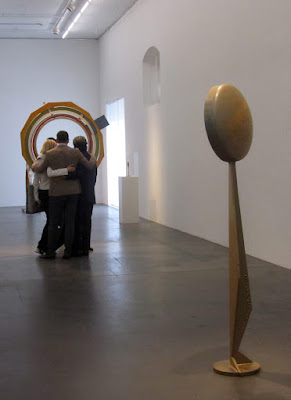 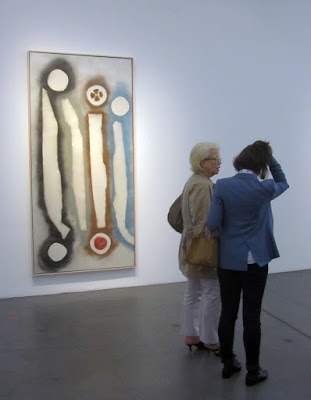 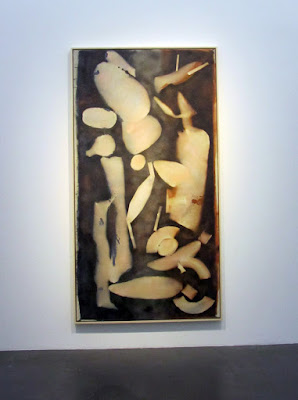 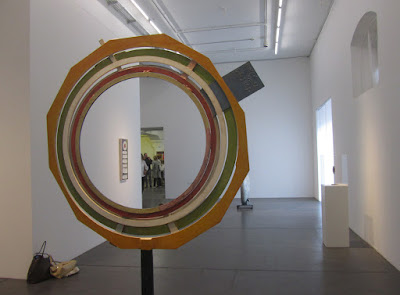 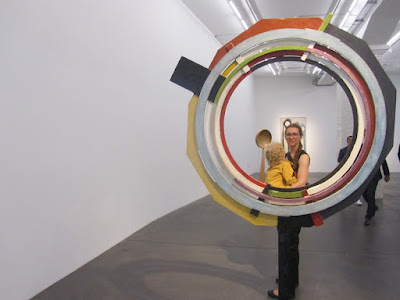 Press Release: Hauser & Wirth Zürich is delighted to present a solo exhibition of works by the late American sculptor, painter and draughtsman, David Smith (1906 – 1965). A titan of 20th-century art, Smith transformed the innovations of European modernism into a richly diverse new artistic language. Over a 33-year career he greatly expanded the notion of what sculpture could be, its relationship to space and importantly moved the site of its production, and ultimately our experience of it, from the artist’s atelier and art foundry into the realms of industry and nature. Spanning pure abstraction and poetic figuration, Smith’s deeply humanist vision has inspired generations of sculptors for over 50 years since his death.
This exhibition marks the gallery’s first presentation of the artist since beginning work with the estate in 2015, and focuses on Smith’s practice between 1958 and 1964, the important final years of his life. The late 1950s marked a dramatic expansion of his ambition and productivity and by the 1960s Smith was at the height of his creative powers, garnering international attention as the leading sculptor of his generation. Exploring the dialogue between Smith’s use of form and colour, geometry and gesture, the show brings together a selection of painted steel sculptures and spray-paint works, highlighting Smith’s objective to merge the concerns of two- and three-dimensional media.
Painting and drawing remained integral to Smith’s creative output throughout his career. ‘Drawings’, he claimed, ‘are studies for sculpture, sometimes what sculpture is, sometimes what sculpture never can be’. Around 1958, almost immediately after the invention of the aerosol spray can, Smith began his Sprays. Made simultaneously to some of his most rigorously geometric sculpture, the Sprays are often loosely gestural. Though the Sprays freed Smith’s form from the constraints of gravity, and his sculpture, for Smith the two mediums were conceptually continuous. The exhibition’s inclusion of both sculpture and painting enriches the viewer’s understanding of Smith’s oeuvre, emphasising his conviction that every facet of his visual output represents an essential element of his total artistic vision.
With the Sprays, Smith adopted a medium that was developed from, and was perfectly aligned with, his sculptural process. When creating a sculpture, Smith would often place components of the work in progress on his white painted floor before joining them together. The welding often scorched the paint surface leaving negative images of the sculpture. Inspired by these incidental patterns, Smith began work on the Sprays, employing any material at hand, from nuts and bolts to tree branches, and even leftovers from his table, which he arranged on paper or canvas before spraying over the composition with industrial enamel paint. When the objects were removed, ghostly silhouettes remained, their outlines hazy from the diffused paint that seeped beneath the objects’ edges. The Sprays encapsulate the overlap between two- and three-dimensional activities in Smith’s practice. As in the artist’s sculptures, the Sprays present an interplay of simple, bold forms to produce complex rhythms in space. They examine the ambiguity between positive and negative space, contrasting layers of effervescent colour with a vacuum of pure white. Exercising spontaneity absent from sculpture, the Sprays represent a direct and unmediated form of expression that, for Smith, provided more than simple studies for his sculptural work.
Appearing contemporary and ever-relevant today, Smith’s sculptures were seen as an extremely radical challenge to modernist taste at the time they were made. The sculptures featured in the exhibition illustrate Smith’s increasing focus on the visual nature of three-dimensional work, and its potential as a painterly medium. In ‘Dida’s Circle on a Fungus’ (1961) and ‘Ninety Father’ (1961), the contrast between loosely painted surface – textural marks made by Smith with industrial enamels and small brushes which are often compared to the spontaneous brushwork of Abstract Expressionists – and assertive geometric forms, creates a lyrical balance. Far beyond cosmetic application, Smith’s use of colour controls the form, the dappled finish working to soften the strict, geometric lines.
‘Circles Intercepted’ (1961) is in many respects a three-dimensional painting. Smith’s dramatically different treatment of colour and form on the two ‘sides’ of the sculpture exemplifies his most radical contribution to the language of sculpture – that is the virtual impossibility for the viewer to ‘possess’ the totality of the object as he / she experiences it from different views. When seen from the front, other views of the sculpture can never be predicted. The viewer is forced to experience the sculpture as a series of unique images in real time, rather than viewing it, and then ‘producing’ its wholeness in one’s own imagination. The work has a muscular authority, and is a tour-de-force in which very heavy plates of steel are suspended in mid-air before our eyes. In addition, the handmade quality and irregularities of the circular forms assert the physical reality of the layered concentric discs as they are pushed and pulled in space – intercepted – by the bars radiating through them. It is all the more noteworthy in this context how Smith used the application of paint to alter the specific weights and forms of the sculpture, and to ultimately prioritise the visual over the physical.
Painted sculpture, in and of itself, was not new – although it was unorthodox at a time when ‘truth to materials’ was the standard, accepted practice for sculpture. As Smith noted, sculpture had been painted from its earliest history. Smith however, introduced a distinctly modern conceptual intention, one that, like his Sprays, takes on vision itself as a subject; Smith was not making painted sculpture, he was making sculpture about painting.
The exhibition will be accompanied by a fully–illustrated catalogue featuring historic archival images and an essay by curator and art historian Michelle White. 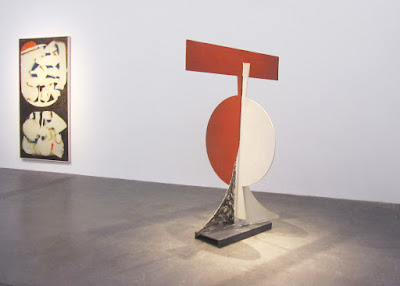 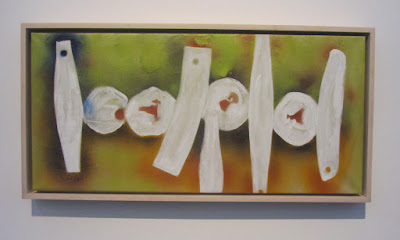 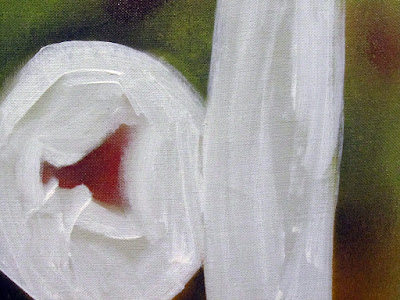 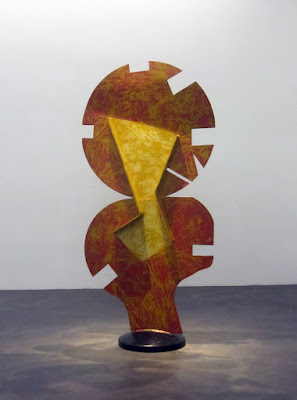 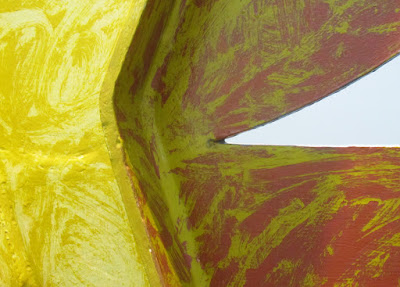 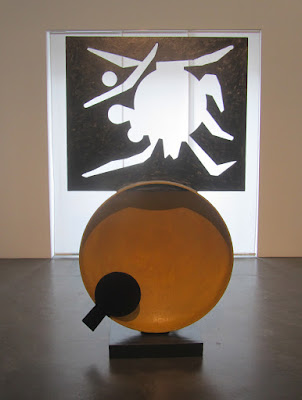 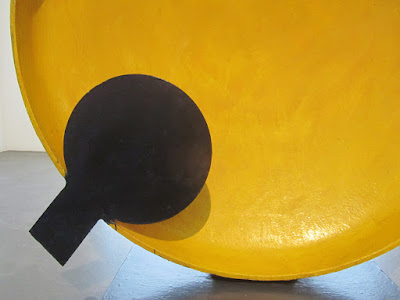